Zanzibar, an exotic and magical island of the Indian Ocean, is an ideal destination for anyone who wants a getaway vacation to beautiful white-sand beaches, land of spices, and a place of mystical blend of Swahili, Arabic and Indian cultures. This is also a relaxing way to end your Safari, or after your Kilimanjaro Trek. We will arrange customized itineraries to local beaches, dolphin tours, spice tours, visits to historical sites such as Prison Island, and an exciting stroll in the ancient streets of Stonetown on the Unguja Island, or you can explore the surrounding islands such as Mafia, Pemba, Chumbe or the exclusive Mnemba Island… the options are simply endless.

The word “Zanzibar” is derived from the old form “Zengbar” which initially meant the Eastern Coast of Africa.

Zanzibar is a semi-autonomous part of the United Republic of Tanzania in East Africa. It is the Archipelago in the Indian Ocean, which comprises town’s main islands of Unguja (Informally referred to as Zanzibar) and its sister island Pemba as well as about fifty smaller islets. The land area of the two main islands is approximately 2,332 square kilometres of which Unguja is 1,464 square kilometres. Zanzibar (Unguja) is mainly a low-lying island, with its highest point at 120metres above sea level.

A white sandy beach encircles the island which is full of palm trees. Long beaches are found on the East and North Coast of Zanzibar island. Other nearby island countries and territories include Comoros and Mayotte to the South, Mauritius and Reunion to the far South East, and Seychelles islands about 1,500 Kms to the East.

The Capital of Zanzibar , located on the island of Unguja is Zanzibar Town and it’s Historic Center, it is located about 35 kilometres off the Coast of Mainland Tanzania. Until 2002 Zanzibar had a population of about 981,754. In Zanzibar Island of Unguja, the total population is about 620,957 and in Pemba 360,797. The population growth is about 2.7% – 3.1% annually, the current population is estimated to be more than 1,200,000. The most commonly practised religion is Islam. 80% of Zanzibar’s population follows the laws of Islam. Its history was influenced by the Arabs, Persians, Indians, Portuguese, British and The African mainland. The remainder is a mix of Hindus and Christians.

Zanzibar’s local people are an incredible mixture of ethnic backgrounds, indicative of her colourful history. Zanzibaris speak Kiswahili (But English is also widely spoken), a language which is spoken extensively in East Africa. Many believe that the purest form is spoken in Zanzibar as it is the birthplace of the language. Zanzibar is a few degrees South of the Equator and enjoys a tropical climate that is largely dominated by the Indian Ocean monsoon.

From December to March
Generally hot and dry.
From April to Mid June
Wet from Long rains
From July to August
Dry and breezy with little rainfall
From October to November
Short rain periods

There are several ways to reach Zanzibar. One can fly into Dar Es Salaam, Tanzania with KLM, British Airways, Emirates, South African Airways, Swiss Air or Kenya Airways then connect with a domestic flight to Zanzibar. Zanzibar can also be very conveniently reached from Dar Es Salaam with daily sea ferry schedules taking only two hours of travelling time.

Separated they live in Bookmarksgrove right at the coast of the Semantics, a large language ocean. A small river named Duden flows by their place and supplies it with the necessary regelialia.

Things to do in Zanzibar 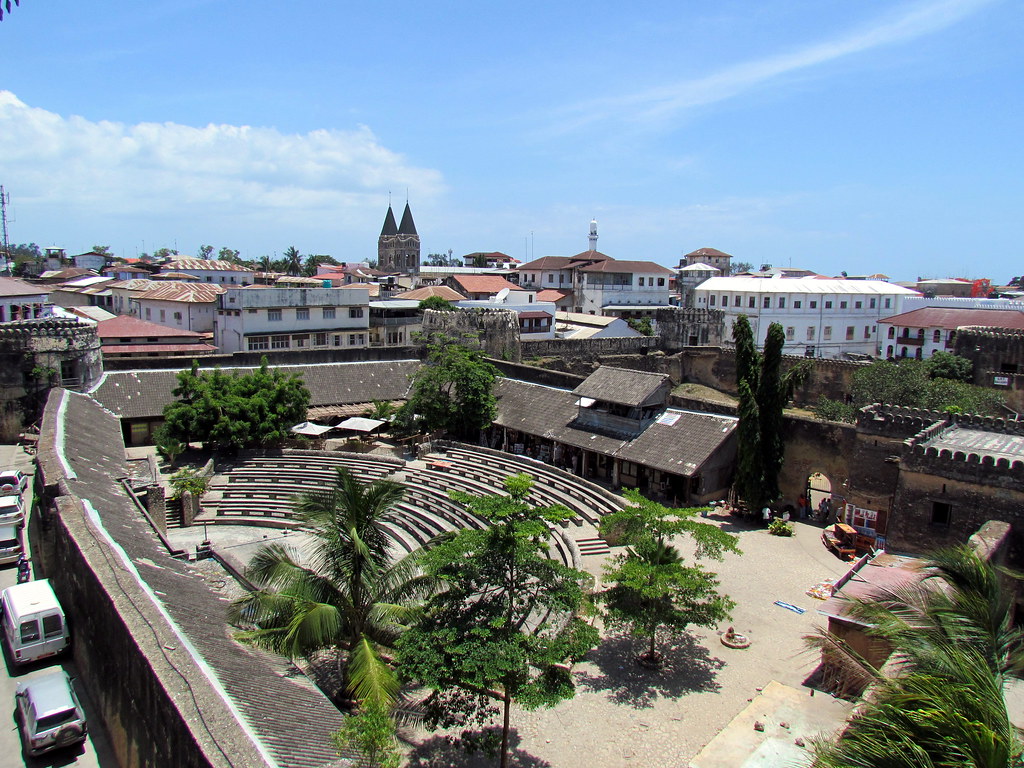 Stone Town, a World Heritage Site since 2000, is a mesmerizing maze of narrow alleys with countless shops and stands. Buildings date back to the 19th century, with an enchanting mixture of Arabian and Swahili architecture. Stone Town is at the heart of Zanzibar Town, the largest town in Zanzibar (Ungunja) with a population of just over 1000,000.

The best way of discovering Stone Town is to through a guided City Tour.

A local guide will show you al the remarkable places in town like the central market, the former slave market with the Anglican Cathedral, Tippu Tip House, the House of Wonders, the Old Fort, the Palace Museum, former residence of the Sultan and princess Salme.and of course the typical carved doors of Zanzibar. A city tour takes approximately 3 hours, and can be combined with other tours departing from Stonetown. 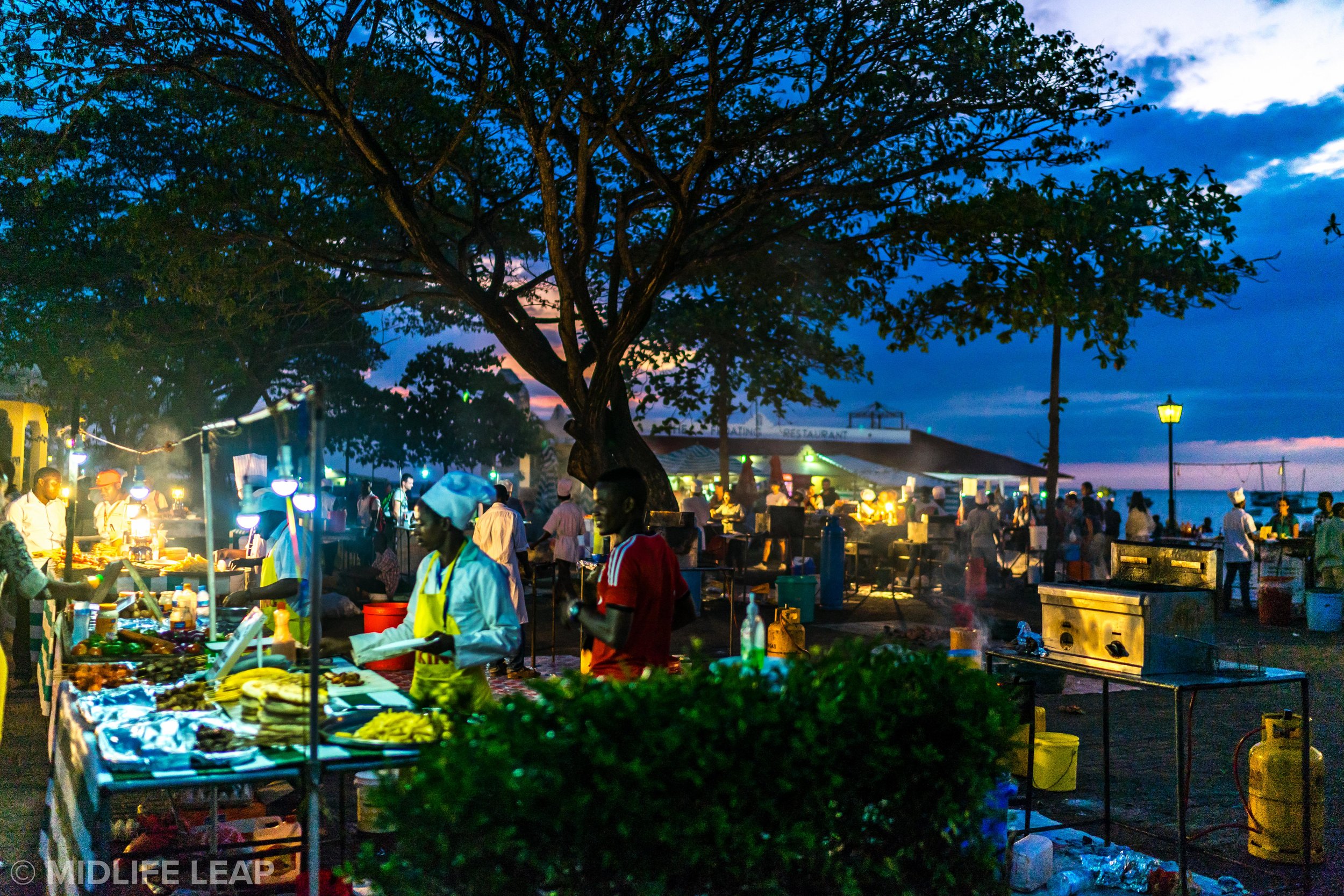 The Forodhani park in Stonetown on the Unguja island of Zanzibar is a beautiful place to relax and take strolls during the day, and it comes alive at night with a wide selection of food stands. Tourists may browse around different food stands that consist of delicious & cheap seafood like fresh crabs, lobsters, calamari, the famous Zanzibar pizza, and local Indian & Tanzanian dishes. Another feature in our Zanzibar package is a private trip to a sandbank in Stonetown, including a delicious and filling seafood barbecue lunch, along with sun tanning on the island. 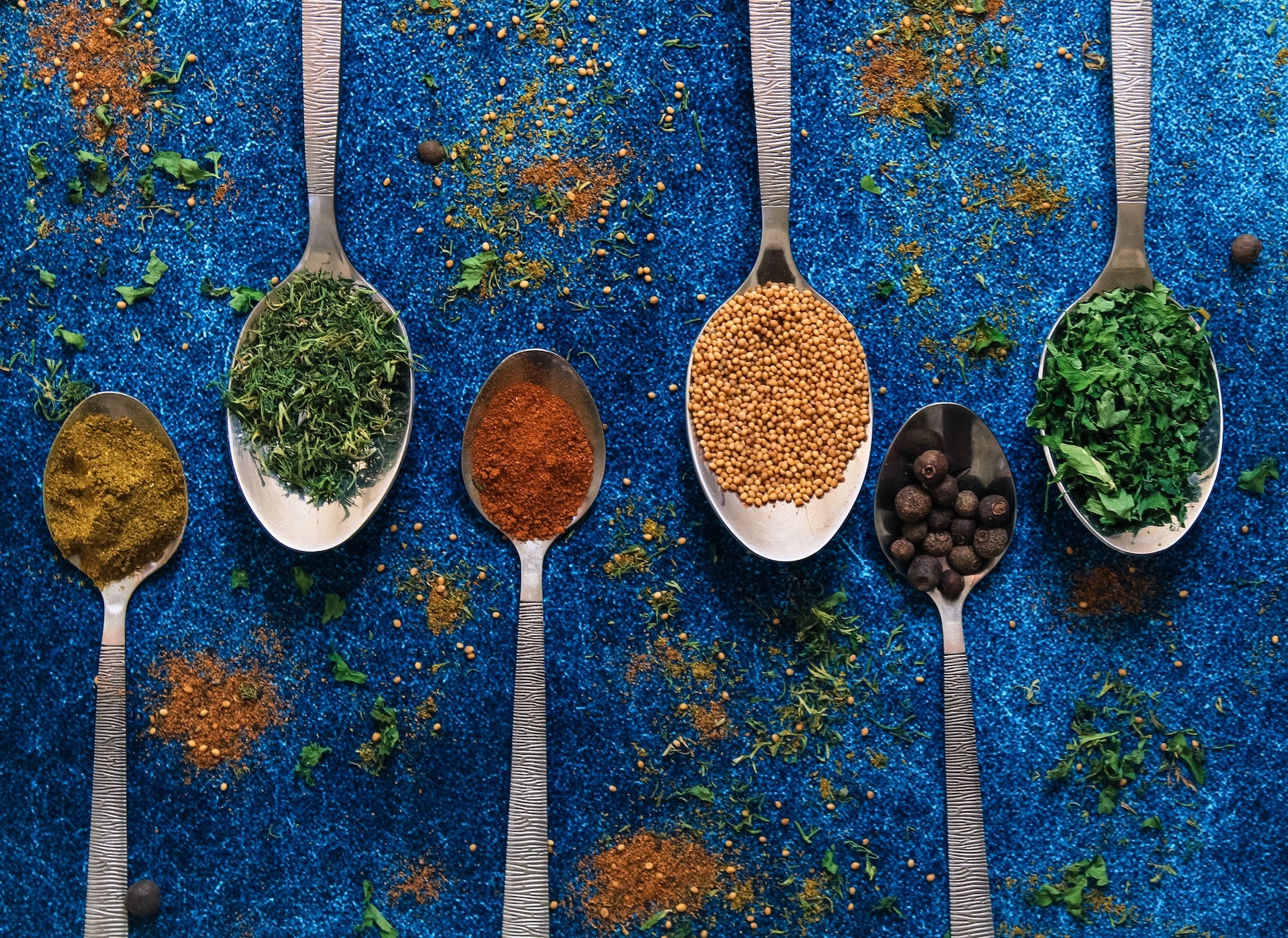 Zanzibar is known as ‘Spice Island’, and has over forty of the most valuable tropical aromatic plants that were introduced over the last two centuries by the Oman Arabs. The spices are grown in the spice grades in the hills north of Stone Town. For those who are keen on learning about the different spices that grow on the island, a spice tour can be organized at any time of the day

The tour includes visiting the spice farms, to witness how different spices are grown, and their usage, and even have a sample on the spot! Herbalist Tours can also be organized, which involve visiting areas where medicinal and ornamental plants and herbs are planted. 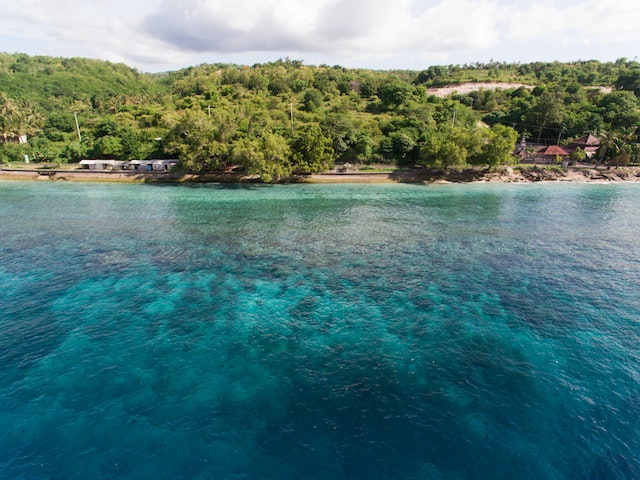 Prison Island, also known as Changuu Island, it’s the most famous of the offshore islands. This island was once owned by an Arab who used it to keep slaves, The island is also home to giant tortoises which are supposed to have been brought over from Aldabra – an Atoll off the Seychelles. Visitors are welcome to swim or snorkel in the crystal clear water with splendid coral reefs. The island itself is well forested with an exclusive Resort called Changuu Private Island Paradise Resort. 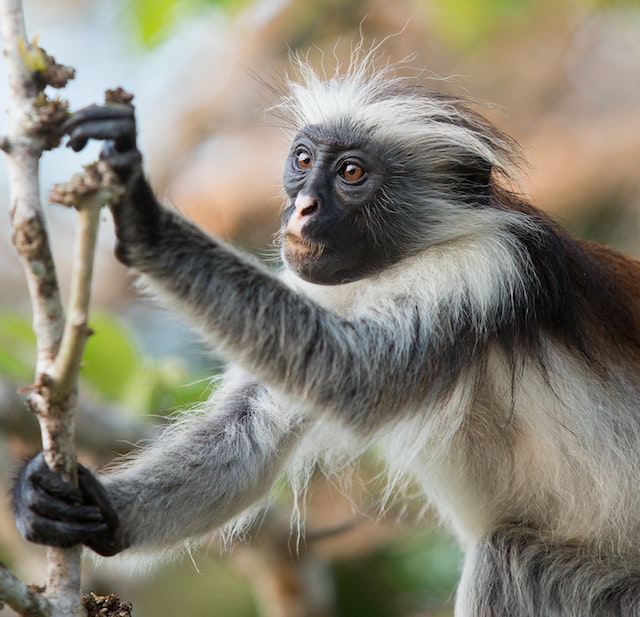 There is also a mangrove swamp, which can be explored using the boardwalk trails as well as numerous nature trails through the forest, which provide excellent opportunities for viewing the wild animals, birds and flora and fauna.

This forest is one of the last remaining sanctuaries in the world for the red colobus monkey. The forest is 2,512 hectares (6,207 acres) in size and was declared a nature reserve in the 1960’s.

They were an endangered species, but numbers have increased in recent years thanks to conservation work by the nature reserve working closely with the local people. It is estimated that there are now between 2,000-2,500 monkeys. 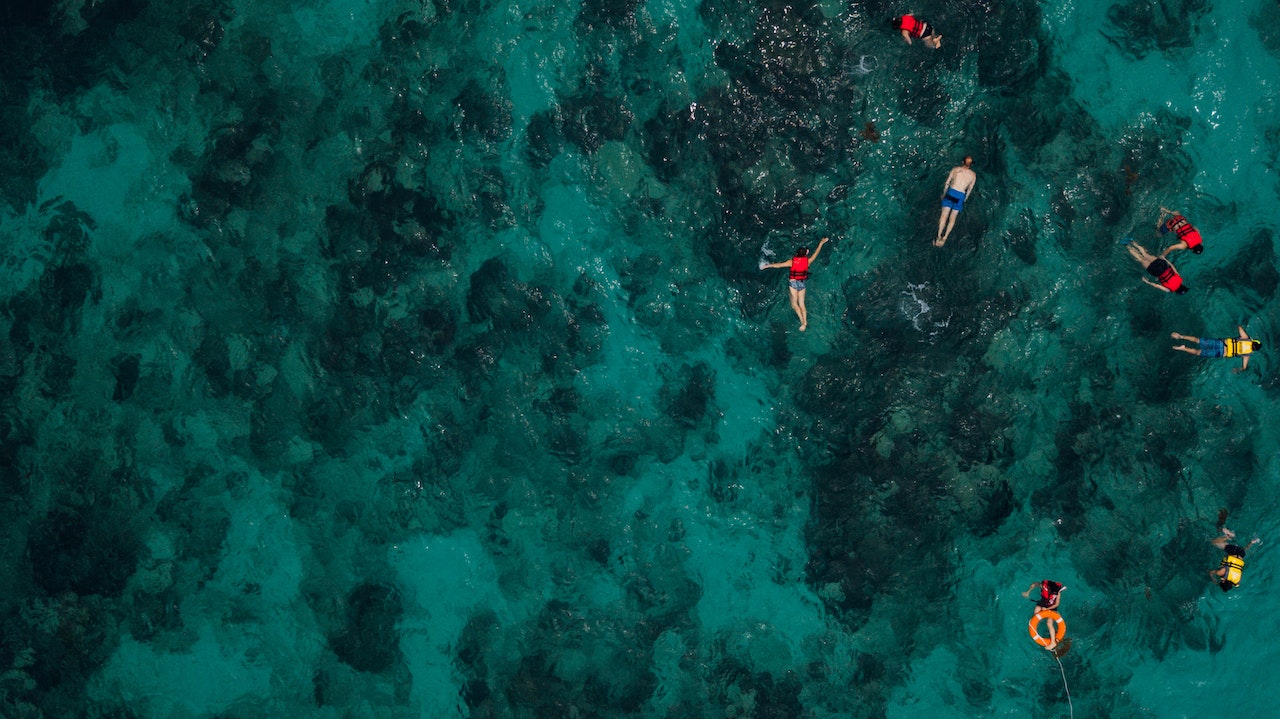 The whole of Chumbe Island is a nature reserve and you may explore its beauties either under the competent guidance of park rangers or at your own leisure. Snorkel through the unique shallow water Reef Sanctuary or explore the Forest Reserve and historical monuments. The reef of the island remains in a pristine state, and encompasses a spectacular array of hard corals. Each snorkeling excursion provides new discoveries for guests.

This forest is one of the last remaining sanctuaries in the world for the red colobus monkey. The forest is 2,512 hectares (6,207 acres) in size and was declared a nature reserve in the 1960’s.

They were an endangered species, but numbers have increased in recent years thanks to conservation work by the nature reserve working closely with the local people. It is estimated that there are now between 2,000-2,500 monkeys. 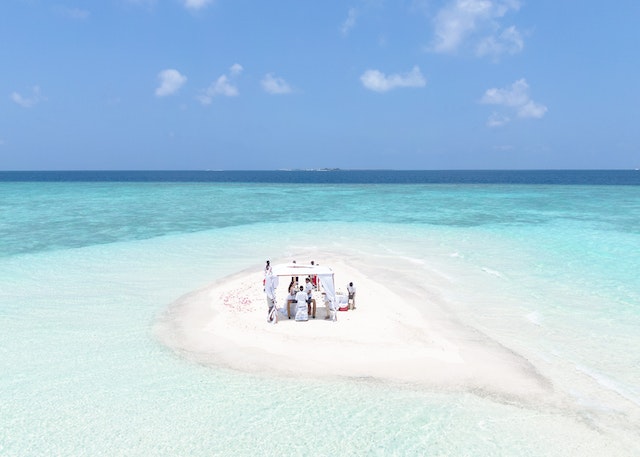 This is a half-day excursion, suitable for those who would like to have a chance to snorkel and at the same time the leisure time to relax on the sandbank, and even savor the fresh catch of the day as our staff prepares fresh grilled seafood BBQ! 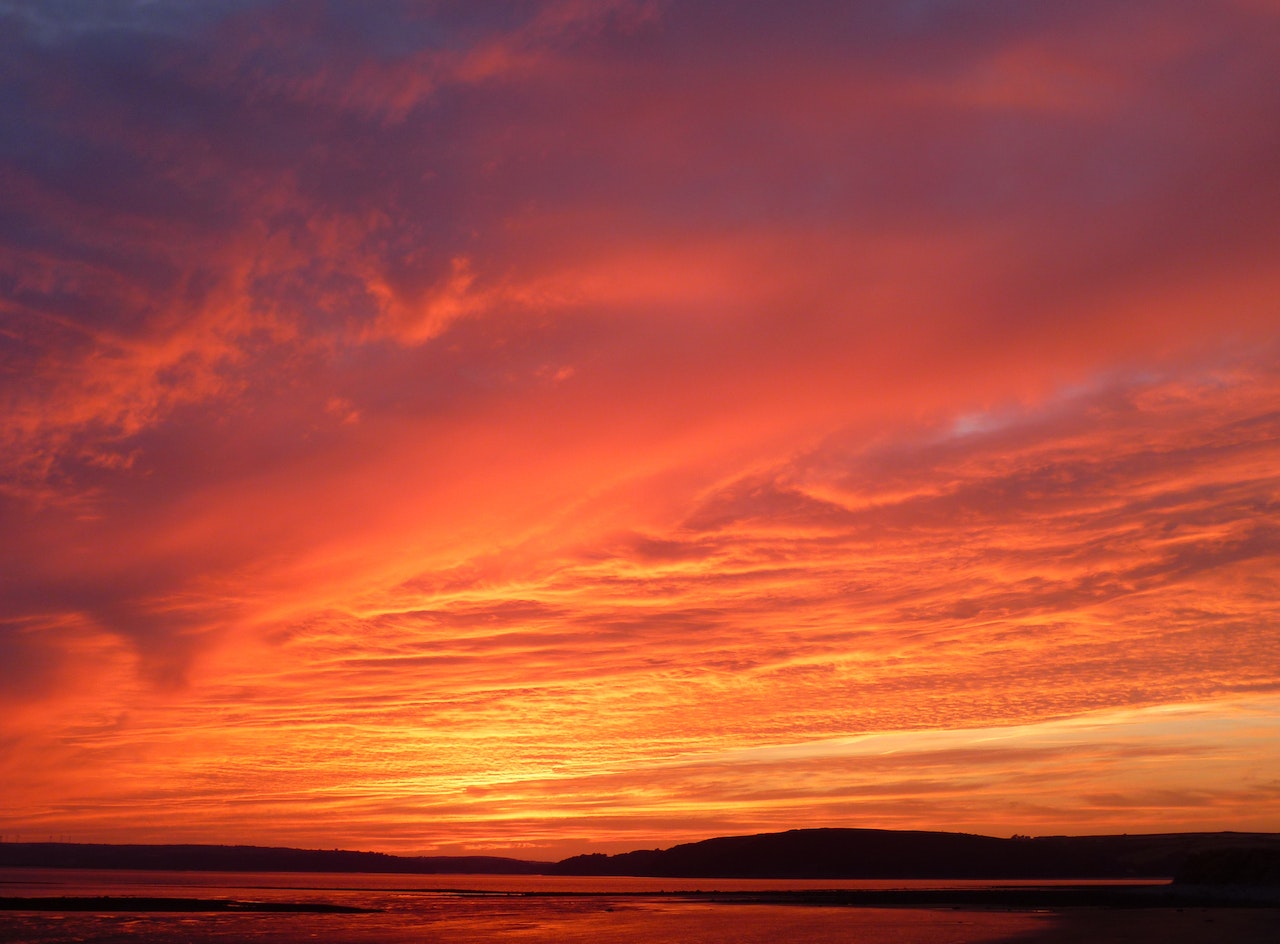 The Dhow Cruise departs around 4:30 PM (finished around 6:30 PM) where you will be sailing away from the Stonetown coast, slicing through the clear turquoise water, with the sun setting in the background. A romantic excursion to end within Stonetown!

Note: This can also be booked from any beach resort. 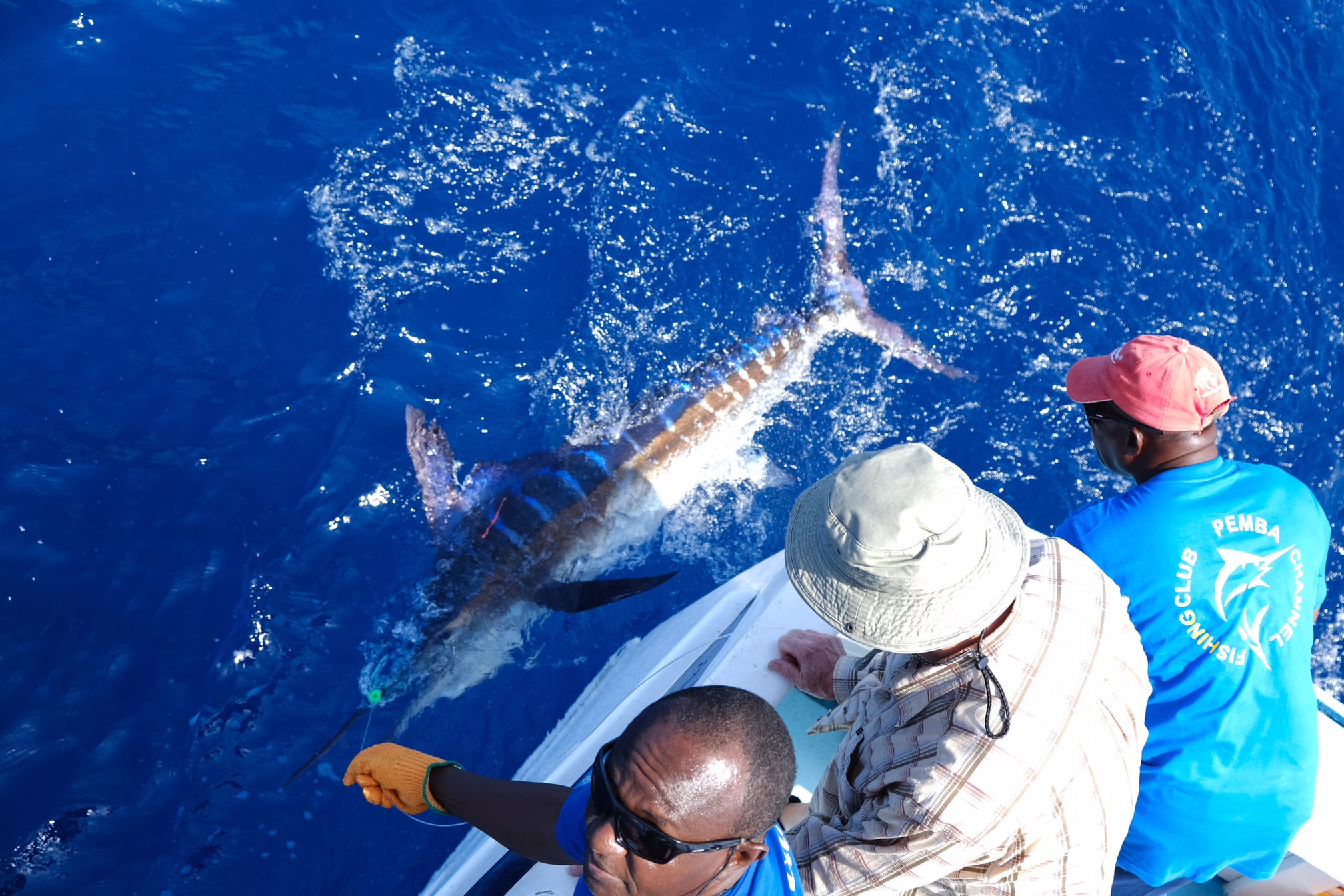 The Pemba Channel is widely known, and is considered one of the world’s best places for fishing. The Pemba Channel itself is Africa’s premier marlin destination. Striped, black and blue marlin, broadbill, mako, sailfish, tiger and other sharks, dorado, wahoo, yellowfin tuna and many other game fish are all to be found in her azure waters. Large pelagic fish swim and hunt amongst the thousands of small, brightly coloured reef fish that play around the plunging drop-offs and in the turquoise waters of the shallows – an underwater naturalist’s dream.