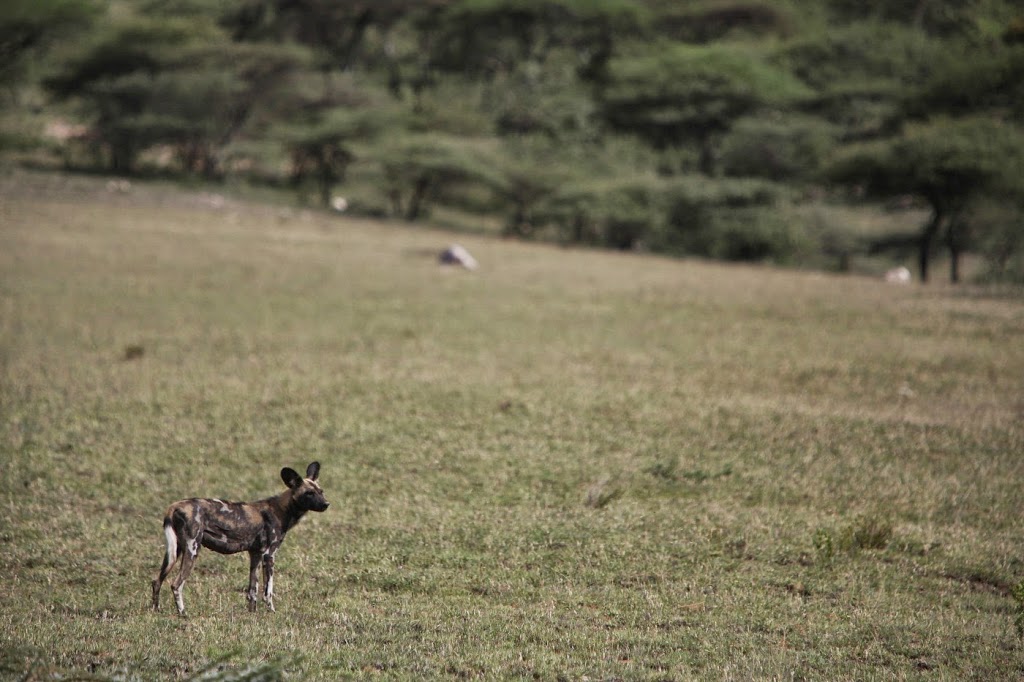 This past April, the Safari Infinity set out for our very own safari with our photographer associate Ben Lee and we came across so many exciting game, including an exclusive viewing of the extremely rare African Wild Dogs! Our itinerary took us from Tarangire (stayed at Gibb’s Farm) to Central Serengeti (Four Seasons Serengeti), Ndutu (Lake Masek Tented Camp) and we finished off with the Ngorongoro Crater (Ngorongoro Exploreans).

You can see the pictures below for our highlights!

After being told by another Safari Infinity driver guide, Kelly, that there were wild dogs (with a den!) near Nasera rock (in North-Eastern NCAA), we drove straight from Karatu to Ndutu, and waited by the den for 2 straight hours before we came across with this dog. 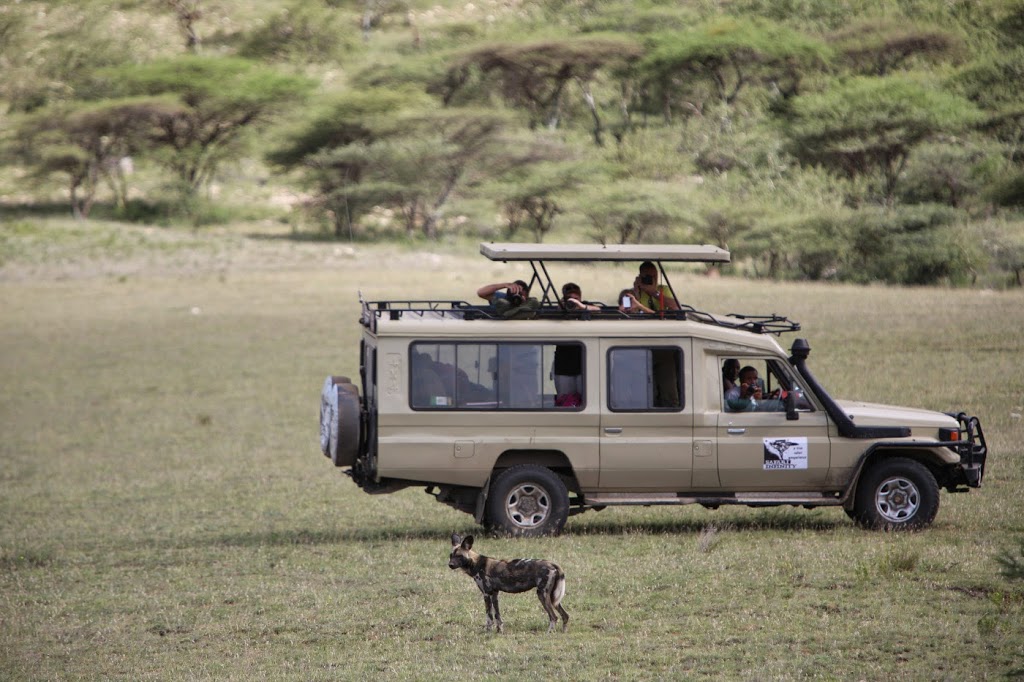 We were only three cars in the area, with 2 Safari Infinity vehicles & guests! 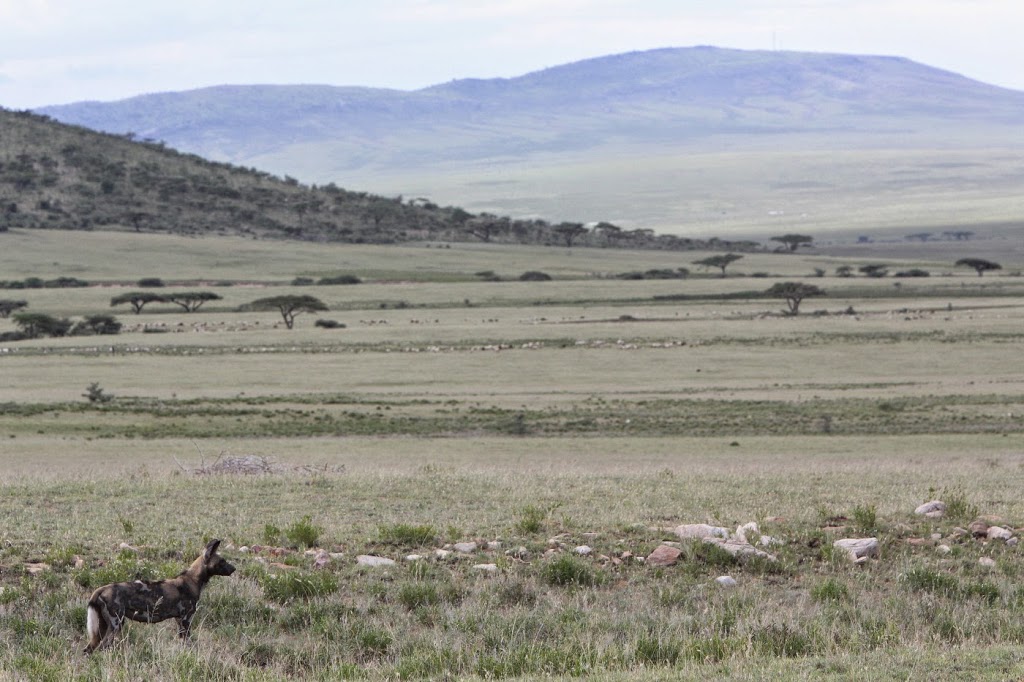 While driving back to Central Serengeti, we passed by the Black kopjes to find lions, and what a luck! We came across a pride of lions with young cubs, and this one kept smiling at us 🙂 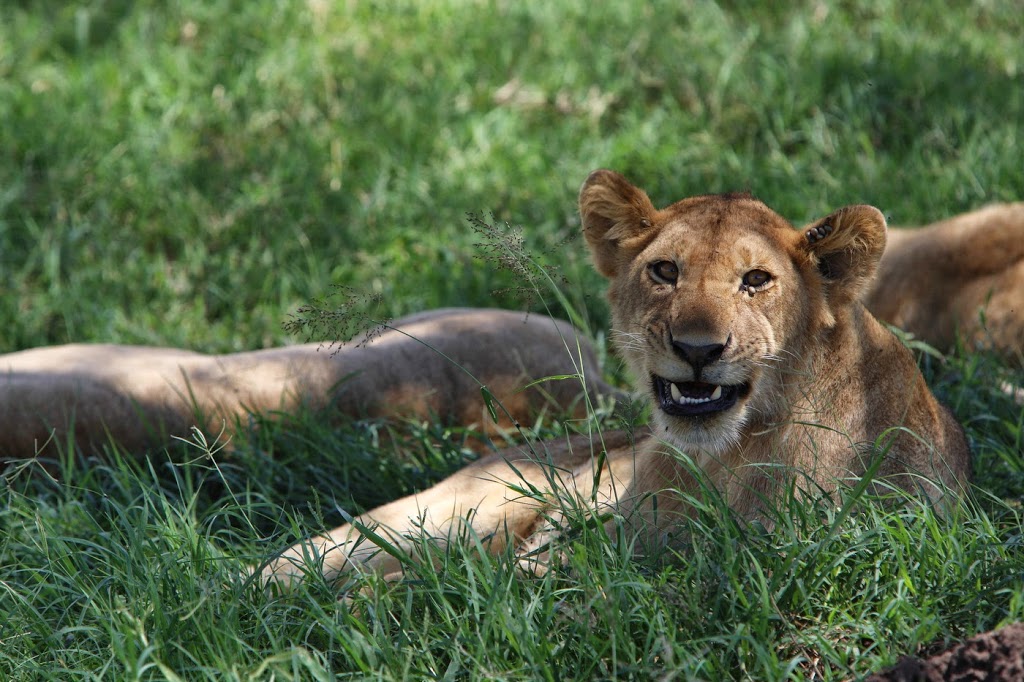 In Ndutu, this was where we had the biggest “cat luck”. We came across countless lions, and most of these viewings we were only by ourselves, observing these majestic cats at a close distance. 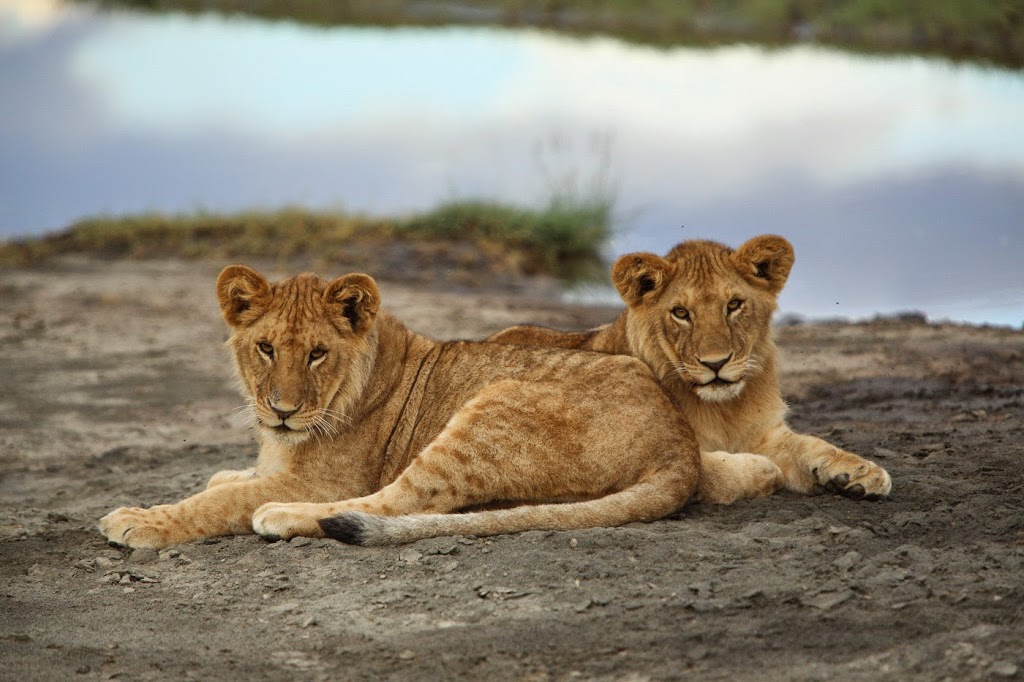 In Ndutu, we also had a cheetah sighting, and saw these two cheetahs trying to hunt down a gazelle. 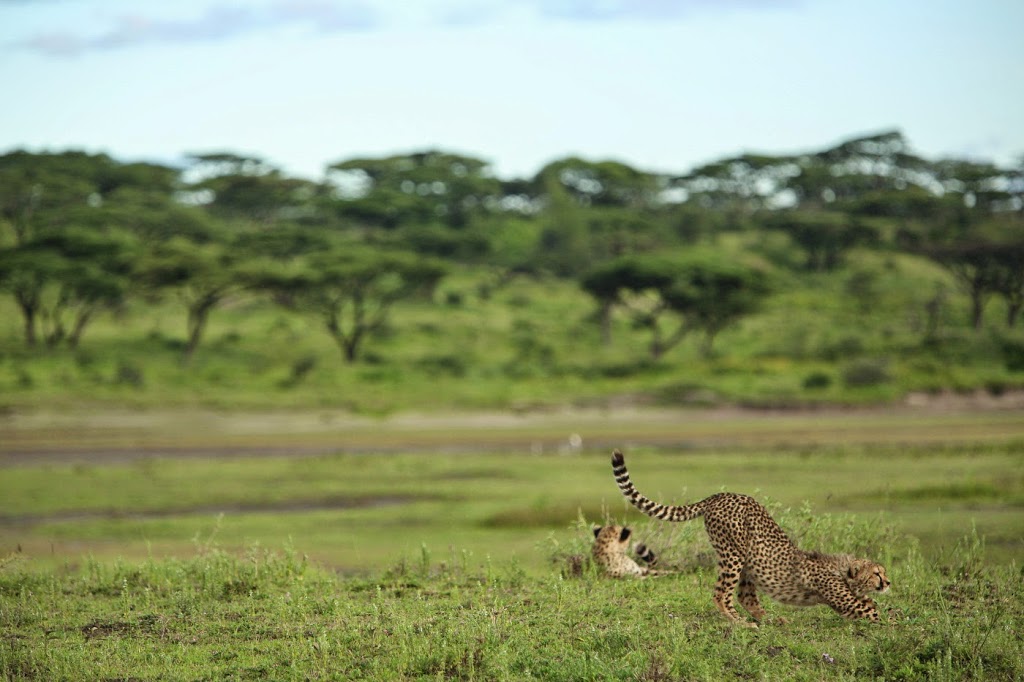 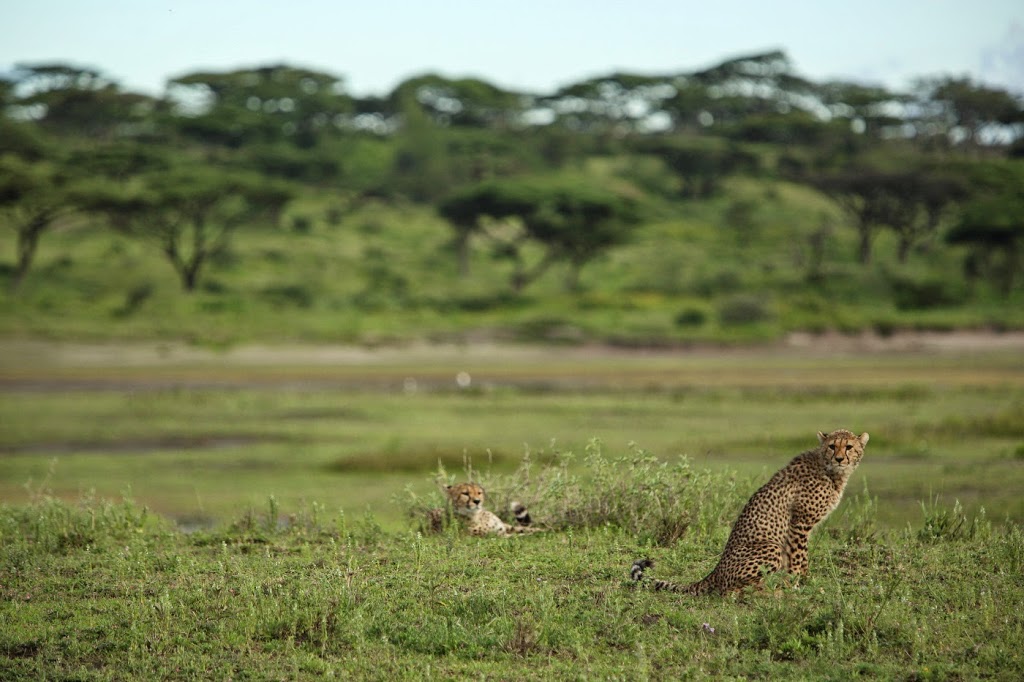 This was our closest and longest “private” lion sighting, as we encountered this big pride of lions right on the road. They were crossing the road, following the dominant male. As they were crossing the roads, they spotted a herds of wildebeest but as they all looked quite full, they weren’t that motivated to hunt. At one point, as the wildebeest got nearer, they all stood up, and looked intently at the “meals” that were passing right in front of them. But two young cubs got too impatient and clumsily startled the wildebeests and chased them away. No kill, but it was interesting to see the lions stalk the wildebeest. 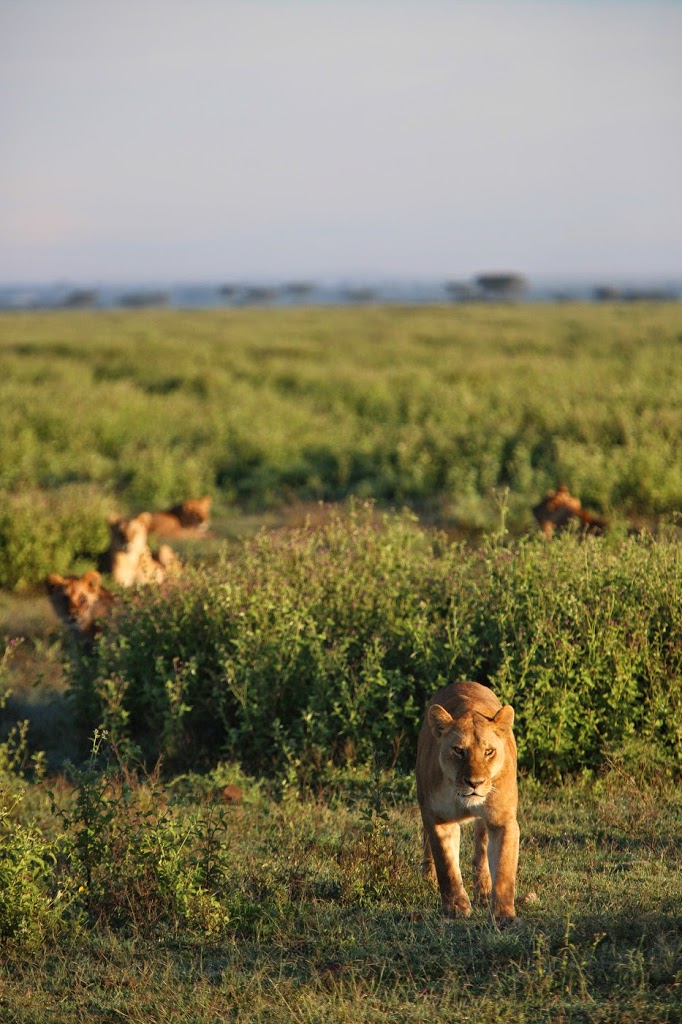 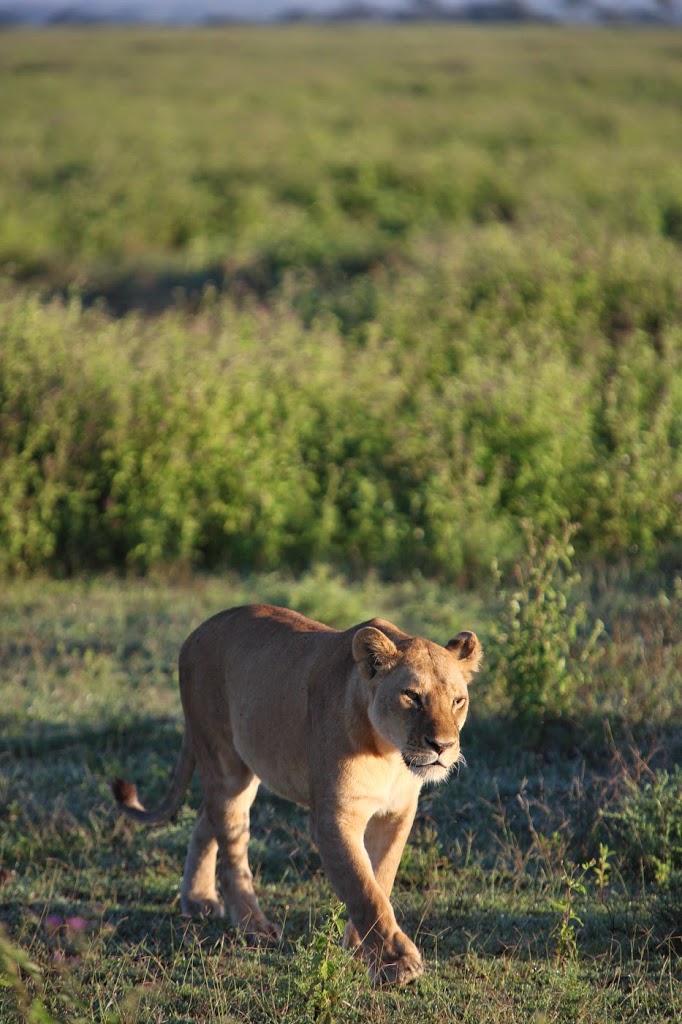 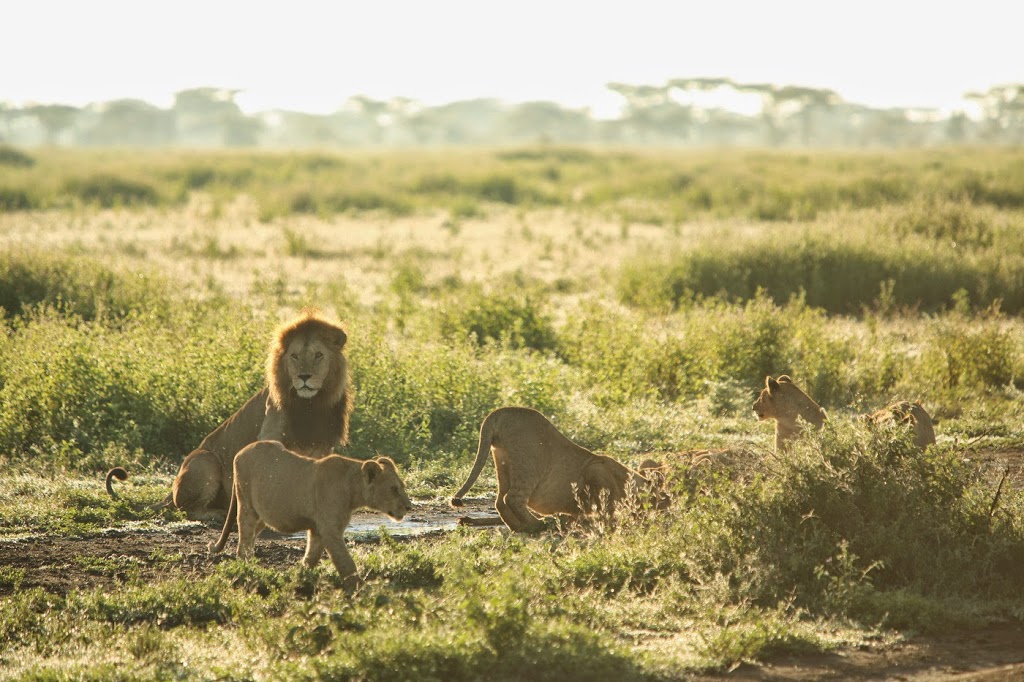 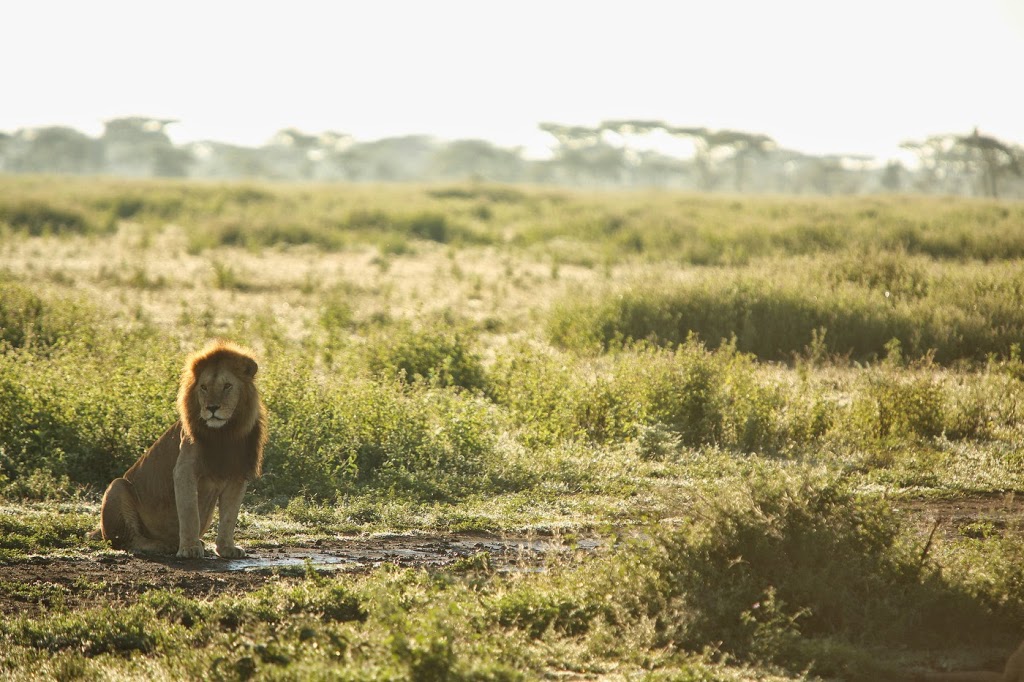 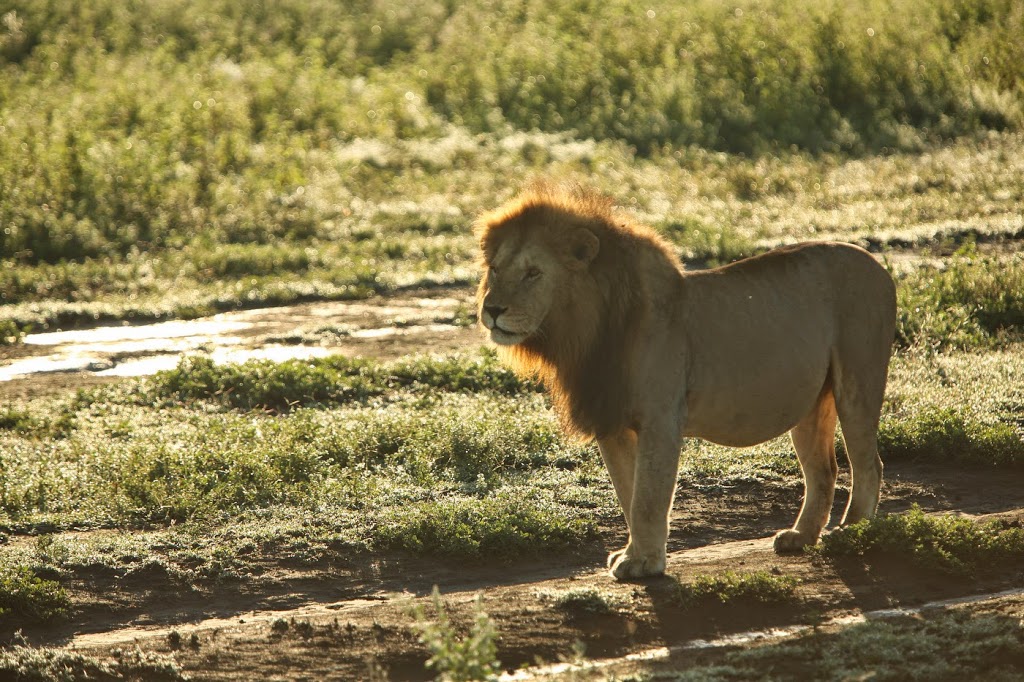 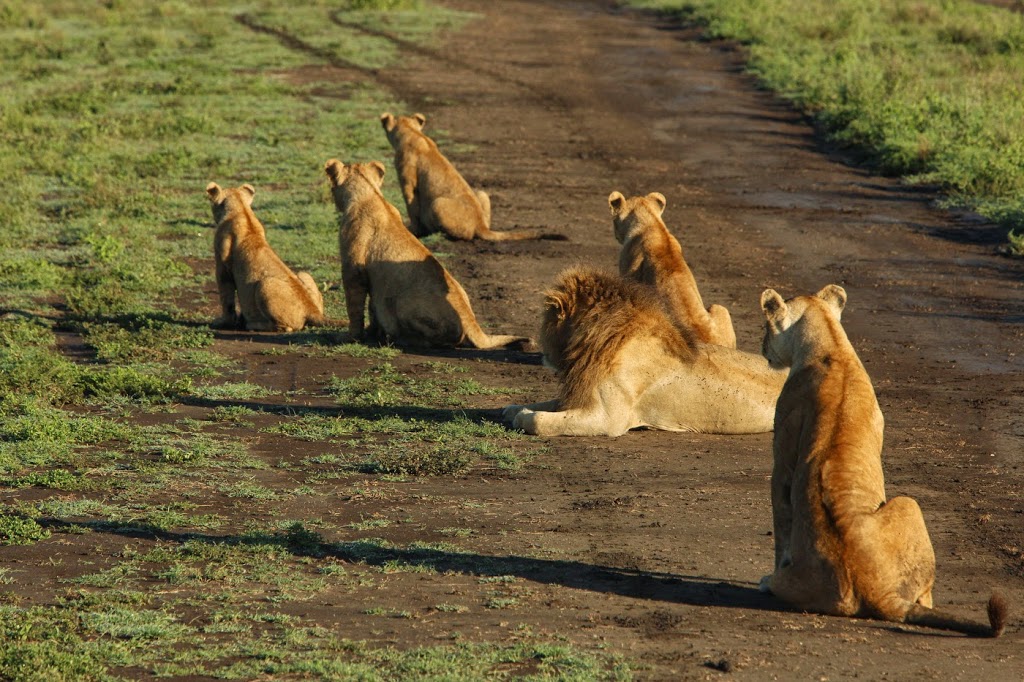 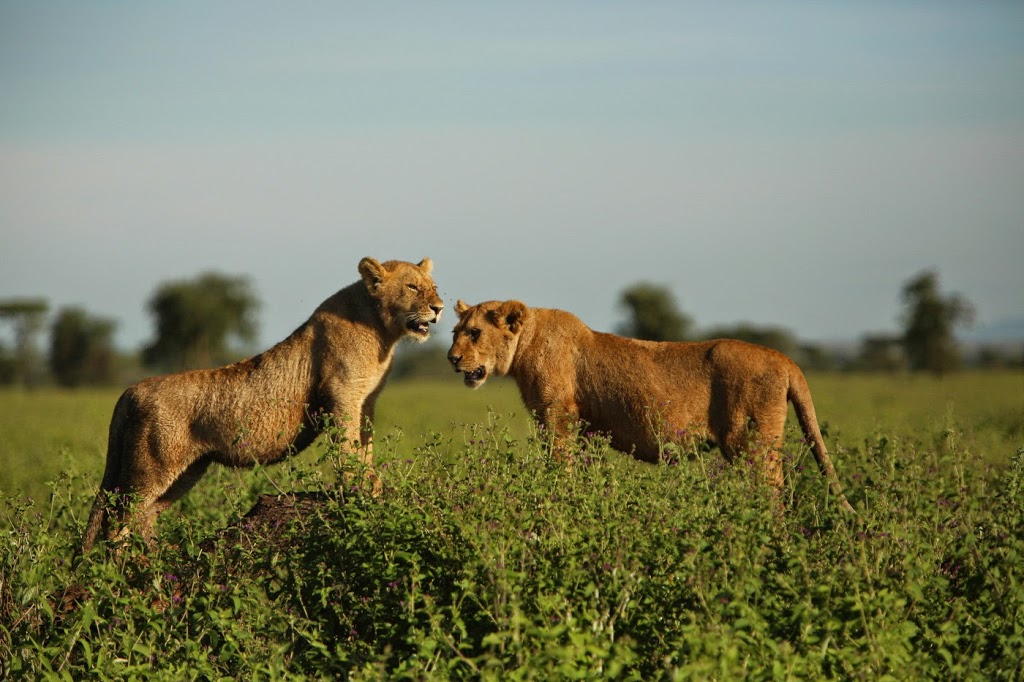 In the Crater, we were so fortunate to see several male lions up close, and the picture below happened just after a minute entering the Crater! 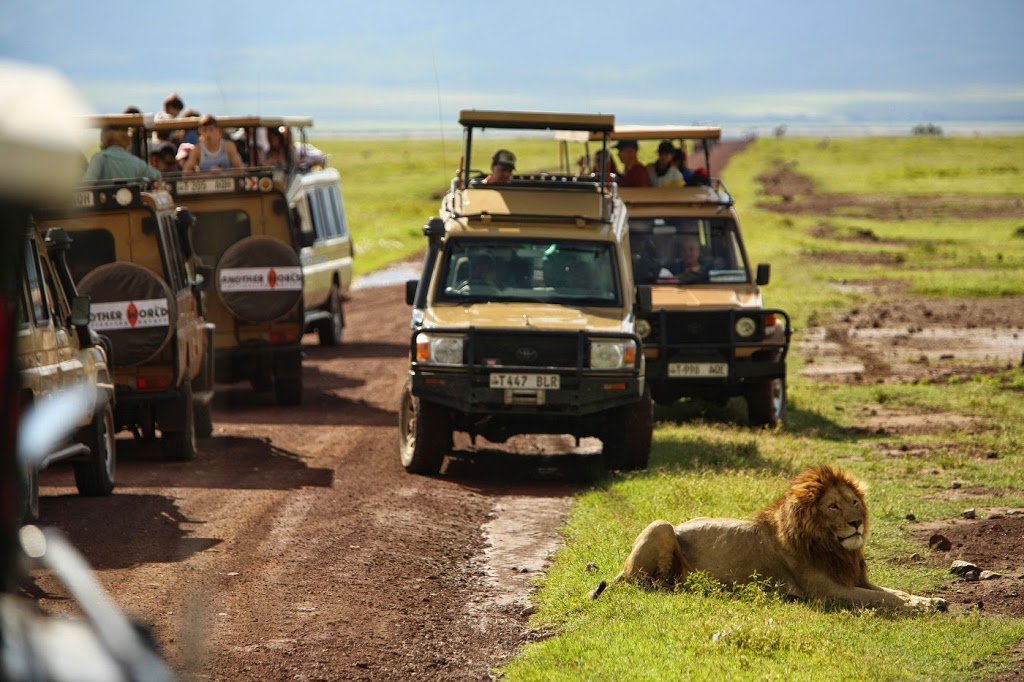 A picturesque scenery at Ngorongoro Crater. 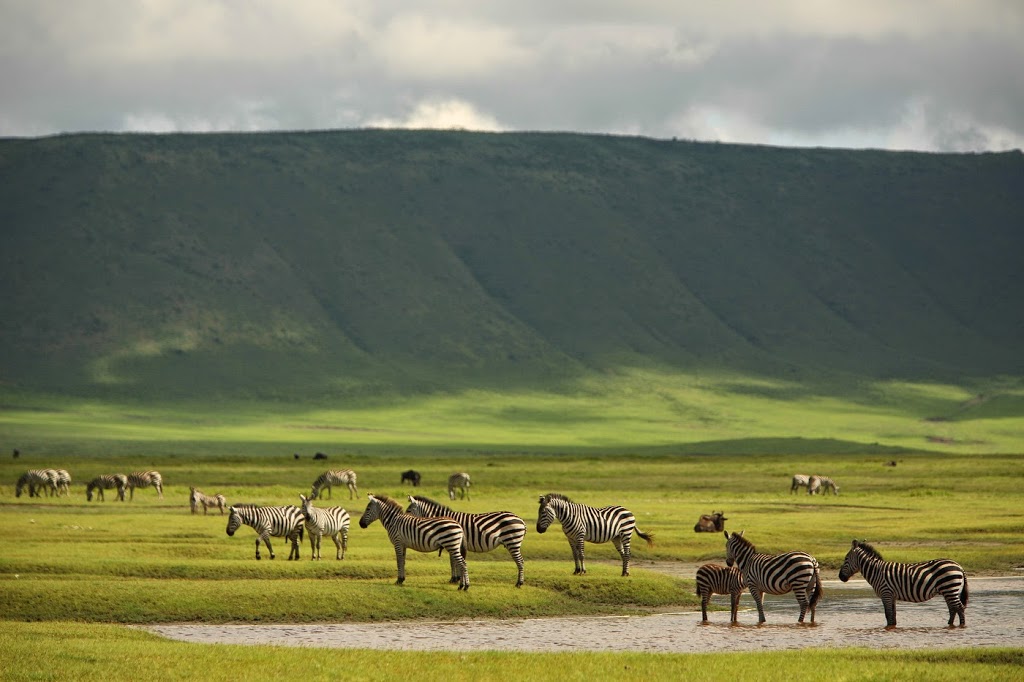 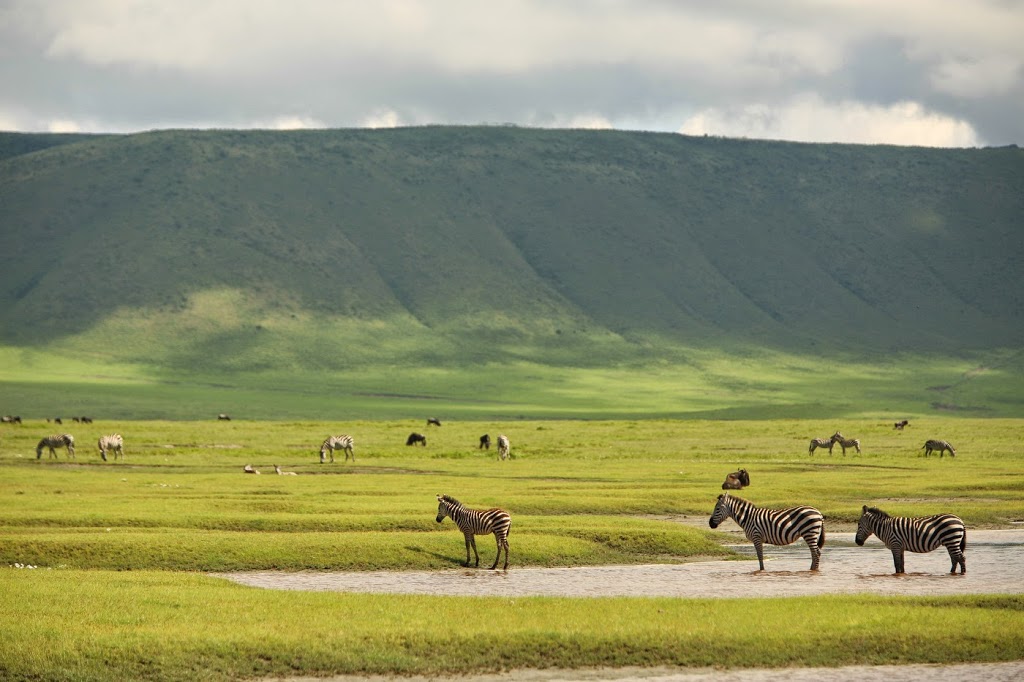 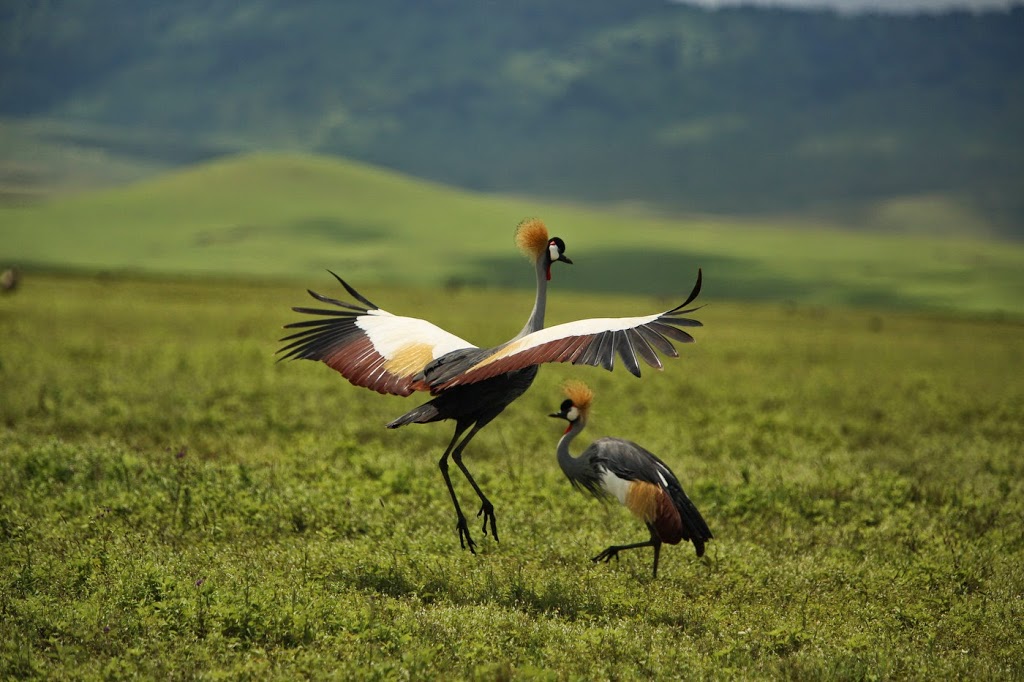 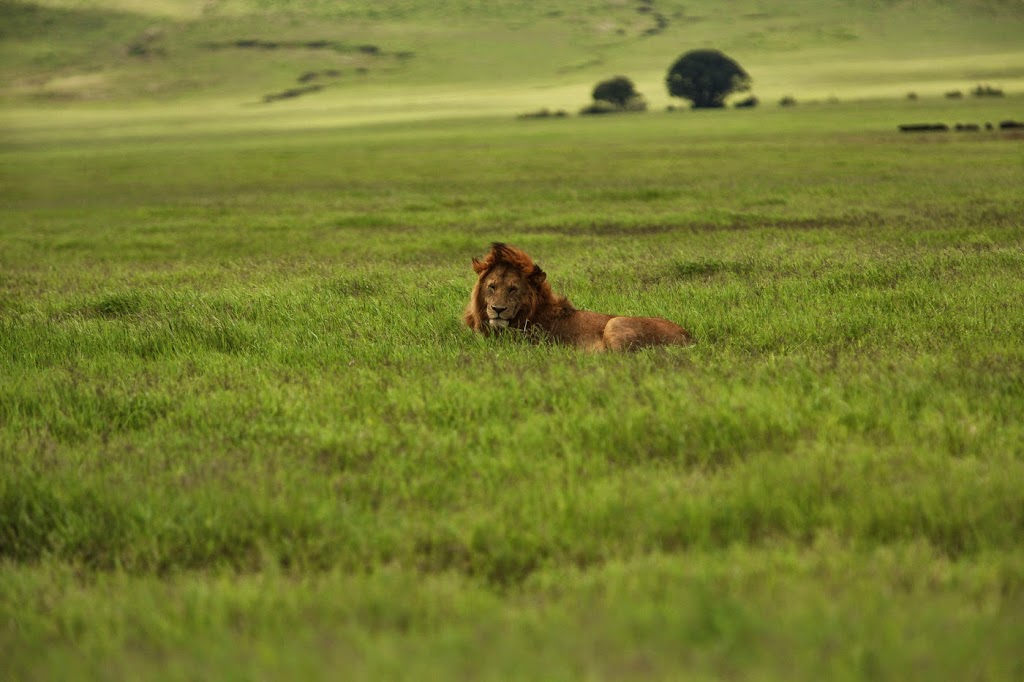 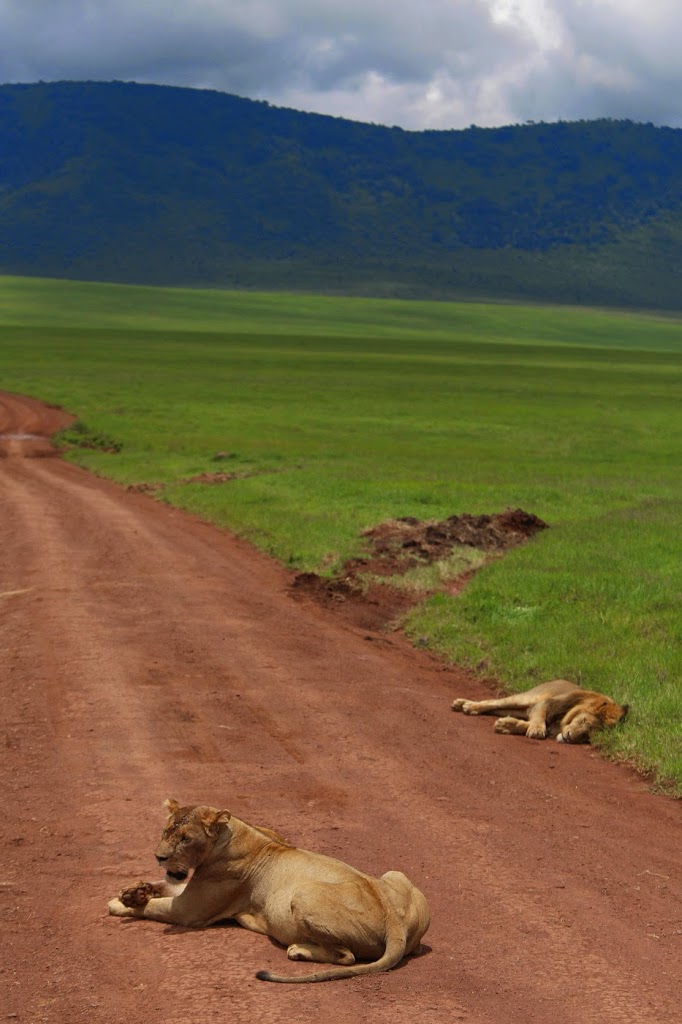